Management of Value (MoV®) Practitioner Training is a two-day training course will provide delegates with an understanding of the concepts which are designed to get maximum value within project objectives and the deliver projects according to requirements of key stakeholders.

MoV® gives a definition of value that includes both monetary and non-monetary benefits. It gives a method, supported by techniques, for allocating funds as efficiently as possible. The concepts of MoV® has developed from the successful use of value management across many sectors, over the period of years. This course describes methods that are as important as ever, although their use is frequently ignored and misapplied.

MoV® Practitioner course is focussed for those who have already done with the MoV® Foundation course. Also, delegates who wish to enhance their knowledge and develop their skills. Also, it will be beneficial for professionals such as:

Delegates should have completed with MoV® Foundation course.

MoV® provides necessary knowledge on the most effective use of resources to maximise the benefits from programmes, portfolios, and projects. MoV is a combination of a set of principles, processes and techniques.The MoV® Practitioner course will upgrade the learning and knowledge the delegates get from MoV® Foundation course and includes further chances to use some of the techniques and concepts through practical demonstration. Management of Value (MoV®) has emerged from the tried and successful practice of value management across different sectors and over many years.

Our value management training course is aimed at all those involved in supporting, managing,   delivering portfolios, directing, programmes and projects. MoV® is all about enhancing value in line with the programme and project objectives and the requirements of key stakeholder. It is not merely about minimising costs.

MoV® is focussed on improving benefits and reducing expenses to speed up the delivery without impacting vital project scope or service quality. It is not just about reducing the costs. MoV is all about increasing value in line with project objectives. It captures fundamental stakeholder necessities for what products should do rather than what they are. 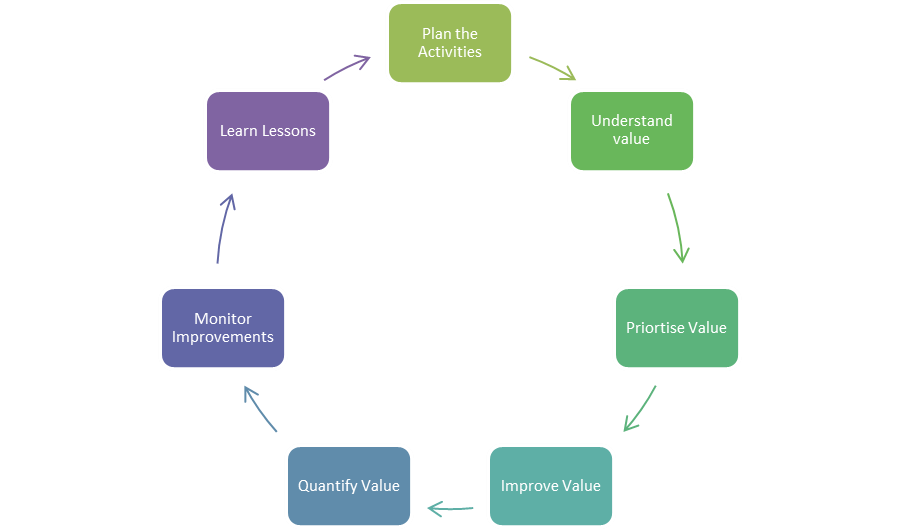 Derby is a city and unitary borough in Derbyshire, England. It is located on the banks of the River Derwent in the south of Derbyshire, of which it was usually the county town. At the 2011 survey, the population was 248,700. Derby increased city status in 1977.

Derby was established by Romans who recognised the town of Derventio, who made Derby one of the Five Boroughs of the Danelaw. Initially a market town, Derby developed rapidly in the industrial age. Home to Lombe's Mill, an early British factory, Derby has a right to be one of the birthplaces of the Industrial Revolution. It covers the southern part of the Derwent Valley Mills World Heritage Site. With the influx of the railways in the 19th century, Derby developed a centre of the British rail industry.

By traditional meanings, Derby is the county town of Derbyshire, although Derbyshire's managerial centre has in recent years been Matlock. On 1 April 1997 Derby City Council turned a unitary authority again, with the rest of Derbyshire managed from Matlock. On 7 July 2014, Derby's first ever youth mayor was chosen. Derby is split into 17 districts.

Derby is located in a comparatively low-lying area along the lower valley of the River Derwent and dishonesties between the lowlands and valley of the River Trent to the south, and the south-east foothills of the Pennies to the north which spread to the Peak District National Park further on. The city is surrounded by four national character parts which comprise the Trent Valley Washlands to the south, the Nottinghamshire, Derbyshire and Yorkshire Coalfields in the east, the South Derbyshire Claylands in the west, and the Derbyshire Peak Fringe in the north. Most of the flat plains nearby Derby lie in the Trent Valley Washlands and South Derbyshire Claylands while the hillier northern parts of the city lie within the Derbyshire Peak Fringe and the Coalfields.

Under the Köppen climatic organisation, Derby, in the meanness of its distance to large bodies of water, has an oceanic weather along with the rest of the British Isles. The readings are from the closest station available in Watnall, but climate inclines to be very alike between locations and cities in the region, although the Watnall station is located at a somewhat higher elevation, 17 kilometres (11 mi) to the north.

Training Locations at which MoV® Practitioner is presently scheduled at: